The Indian millionaire at the head of SwitzGroup, Taizoon Khorakiwala, began his quiet but aggressive “invasion” of the Greek food market four years ago and has since successfully completed the acquisition of a majority stake in five Greek food companies. .

It is an industry that is attracting more and more interest from foreign and domestic investment funds.

Following a successful recipe, Khorakiwala’s business model is to acquire healthy medium-sized companies with good prospects and management, but not with the logic of funds, but with a long-term investment horizon.

Somehow, after four decades, SwitzGroup has managed to control more than 20 companies, maintain a presence in 15 countries in Asia, Australia, Europe and the Middle East, employ more than 5 000 people and record annual revenues of $300 million.

Khorakiwala “discovered” Greece as an investment in early 2017.

Despite the economic crisis and general uncertainty in the country, he sees a great opportunity for expansion, his plan envisaging investment through the acquisition of a majority stake in small and medium-sized companies in the food sector.

So far, he is believed to have invested more than €80m in Greek assets, while all indications show he is ready to make further moves.

It is believed that he will allocate another 40 million euros for new “hits” in the food industry.

At the same time, SwitzGroup would have invested in the domestic real estate market, while participating in Optima Bank’s capital increase, which was completed in January 2021, after acquiring more than 2% of the bank’s share capital. .

Khorakiwala’s beginnings in Greece were with a majority stake in the Benaki family’s Olympic Foods, a company with 32 years of experience in the confectionery and bakery raw materials market.

The company represents some of the biggest international brands in the industry and has opened up important export horizons in Europe, the Middle and Far East and Latin American countries.

Talks between the two parties began in the first months of 2017 and the agreement was concluded in the fall of the same year, which led to SwitzGroup acquiring 60%.

Indicative of the philosophy of SwitzGroup is that the head of the company is still held by Nikolaos-Eleftherios-Georgios Benakis.

In fact, he was appointed Chairman of the Board and Artizan Hellas, namely the second company acquired by SwitzGroup in Greece.

This is the former CSM Hellas, a member of the multinational group CSM Bakery Solutions, which is active in the distribution of raw materials for bakery-confectionery, as well as frozen products.

The Indian businessman’s next ‘hit’ concerned the popular traditional bakery company ‘Kriton Artos’, when he acquired in early 2019 via an over-the-counter transaction, a percentage of more than 60%.

“Kriton Artos” was established by Manolis Damianakis in 2004 and produces traditional Cretan pastries.

A year later, the company moves into a private modern building infrastructure, with renewed mechanical equipment and expands the product range.

Since February 2009, its share has been traded on the alternative market of the Athens Stock Exchange. 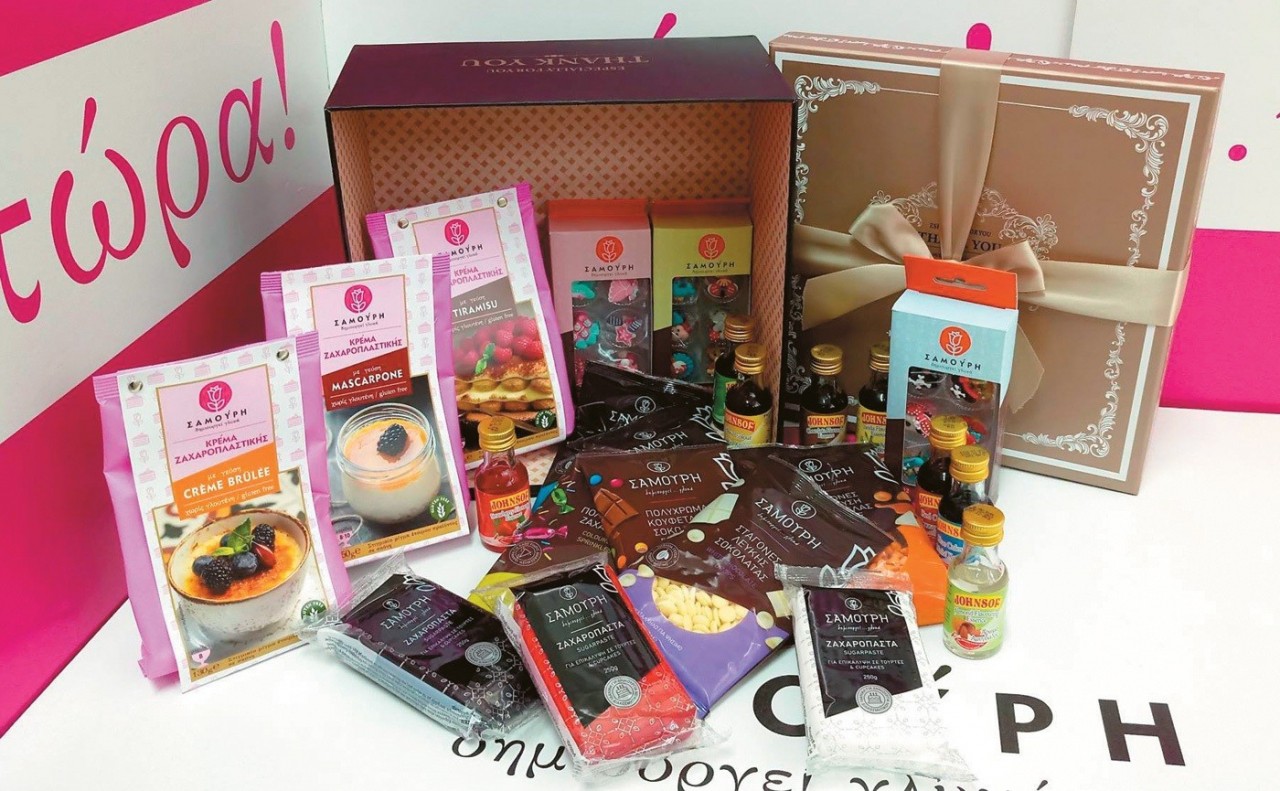 Today, the company sells its products – brands and private labels – in all the major supermarket chains, while strengthening its extroversion, with more than 20% of turnover linked to exports to the USA, Germany, China, Australia, the United Kingdom. Kingdom, Cyprus etc.

Here too, the SwitzGroup may have restructured its management, but handed over management to the company’s founder, Manolis Damianakis.

Khorakiwala’s next ‘stop’ was at packaged confectionery company ‘Samouri’, a deal that may have been announced in December but has been closed since January 2021.

The company was founded in 1974 and markets 50 products that can be used as an ingredient or base for confectionary creations.

After taking a majority stake in SwitzGroup, “Samouri” – sisters Arianna and Elena Samouri still hold the helm – is strengthening its position in the home confectionery market.

This is achieved with new facilities, equipment, manpower, new products and distribution points, as well as export prospects.

The “take-off” for the “Koulourades”

The most resounding affair of the Indian businessman was that with the “Koulourades” chain, which became known this summer.

SwitzGroup acquired 70% of the company, including 30% and management maintained by its founders, led by Dimitris Grivas.

“Koulourades” is one of the most unique success stories in the food business in recent years.

From a family bakery in Piraeus, the development of the chain began in 2016, which in five years has grown to a network of 147 corporate and franchise stores.

The company achieves a turnover of 35 million euros, with high profit margins and zero debt, while constantly expanding its product range.

Although the amount of the transaction was not known, after the agreement with SwitzGroup, there was a capital increase of 5 million euros.

There are ambitious plans for ‘Koulourades’ to reach 250 stores in Greece and abroad.

In this context, the plan foresees the expansion on a national scale, with the creation of points of sale in all the major cities of Greece in the next three years, since until now the chain is developing mainly in Attica.

But the most interesting thing is the international expansion plan – so the opening of stores has already started in Valencia, Spain and Sydney, Australia, followed by New York, Turkey, the Balkan countries and Cyprus .

The only goal on Greek soil that Taizoon Khorakiwala has not achieved is the acquisition of the company “Dodoni Ice Cream”, which carries 30 million euros in red loans and for which banks have been looking for a solution for several years.

According to sources, the Giotis-Grigoris Mikrogevmata consortium has reached the home stretch, bidding a prize of €8 million, with Khorakiwala revived – out of time, as it was reported at the time – €9 million .

But then he reportedly distanced himself, so the competition ended in vain.

Taizoon Khorakiwala, 65, comes from a solid family of Indian entrepreneurs.

His father was a well-known businessman, but also a “sheriff” of Mumbai.

This is a non-political position of power given to prominent citizens for a year, and from 2000 until his death he also served as rector of Jamia Millia Islamia, the National Islamic University based in New Delhi.

His father initially formed the Akabarallys department store group in Mumbai, then expanded into the pharmaceutical industry through the Wockhardt Group, which became India’s fifth-largest pharmaceutical company.

He died in July 2011 at the age of 93, leaving behind three sons. Taizoon, who founded the SwitzGroup, Habil, who took over the presidency of the Wockhardt group, now present in more than 20 countries, and Hunaid.

Taizoon Khorakiwala took over the family business SwitzGroup in January 1980, when it was still a small bakery with 12 employees.

It is credited with having evolved into a solid multinational group based today in Dubai.

A frequent traveler and cosmopolitan, with international recruits, he has built a close team of trusted partners seeking opportunities in key markets to further develop the group.

He is married to Filipina Edith Alba Khorakiwala, who worked at the Asian Development Bank in Manila.

They met by chance at the airport in Bangkok and their different “beliefs” – the Muslim one and the Catholic one – did not stand in the way of their relationship.

Instead, they “grafted” the ethos of their liberal family and home – a three-story penthouse in central Mumbai – open to all.

Taizoon and Edith have four children, two of whom are active in the group.

Adel Khorakiwala, after going through various subsidiaries, has been the executive director of SwitzGroup for a few years.

Adam Khorakiwala, who studied at Stanford University in the United States, was co-founder of Zico Learning and founder of mGuru, a company that makes mobile and tablet learning apps for students.

At the same time, he is responsible for technology and investments at SwitzGroup.

The article is written by Stavros Grimanis and was originally published in Greek by New Money.